As reported last month, the Boat Acquisition Team was tasked with the purchase of items of equipment to assist with our canal restoration, well, this week, the first stage of the acquisition phase took place.

Think of this caper in terms of 'One Man and His Dog'!

A tug, was obviously going to be needed and this was the subject of a three day hire from a depot at Weston in Staffordshire. 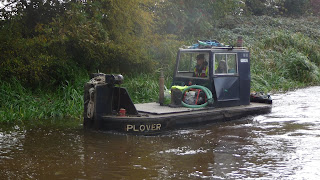 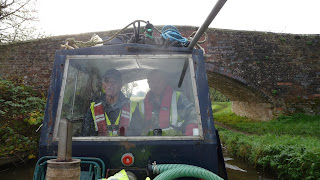 Since the hoppers were up on the Caldon Canal, it was quite a long outrun.  Our target was to get up to Foxley, where there was a canal closure in place due to a wall collapse, induced by contractors working above.  C&RT were permitting movements on Fridays & Mondays at midday.  We had negotiated a special passage at 08:00 the Wednesday morning. 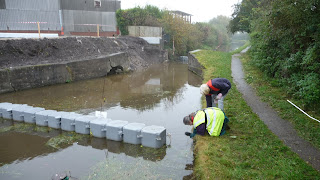 Progress was good and we arrived at the destination just after sunset.

Next morning, the men arrived at 08:00 and let us through for an onward journey to the 1st hopper, moored up just before Cheddleton.  9 locks later and at midday, we pulled alongside.

The Lift
The hopper had quite a list, but we were fully armed with a pump, buckets and shovels to help clear most of the debris from the tank.  The hopper was actually floating despite having been tied up for several years.

About an hour was spent on the weight reduction programme, then it was time to couple up the tug and move off. 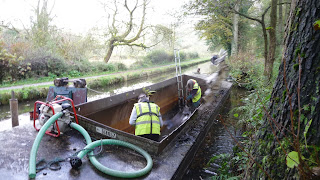 The Fetch
Our tug, Plover, was quite a spritely bird with no load, but once coupled to the hopper she behaved much more like your typical narrowboat, a far more relaxing drive. 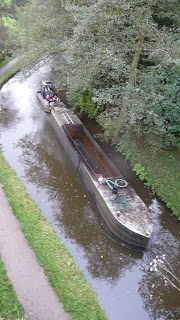 The first part of the Fetch took us up the three locks to the junction with the Leek Branch.  Just round the corner beyond Bridge 1, No.2 was moored up awaiting collection.  More mucking out took place and then it was hand hauled and coupled up to the rear of the tug & No.1.

The Drive
No.2 was coupled to Plover using crossed lashings.  After a short process of balancing the tensions, the rear hopper behaved extremely well.  Passages past moored craft could be undertaken with confidence.  It also dealt with tight turns into bridge holes very well. 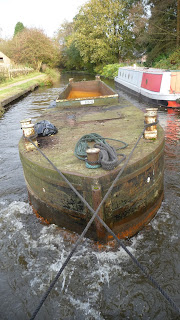 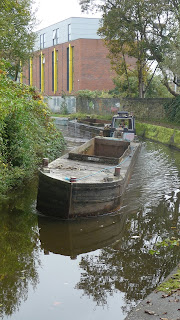 Progress was obviously more sedate, but we arrived safely outside the Black Prince depot at about 13:00.

The Split / Pen
Each of the hoppers were then taken in turn into the marina and moored up very close to their lift point ready for the crane next Thursday. 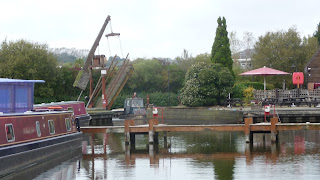 Tug Plover had to return back up the Caldon to the top of the Stockton Brook flight where it will be used to recover another abandoned hopper, but not one for us.  We moored her up in complete darkness, attached to the hopper, before heading to the excellent local golf club restaurant to address our hunger and thirst concerns.

One notable experience?  Plover was deep drafted, so much so that we made numerous visits into the weed hatch to remove wrapped up debris. She joyfully bounced up and down on the canal bed.  5 black bin bag's full of clothing and bedding were chillfully extracted, probably the lost property of the unfortunate folk that sleep under the bridges in Stoke. 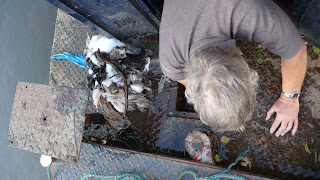 One comment received from the C&RT guys at Etruria as we arrived was: 'Never seen that done before!' 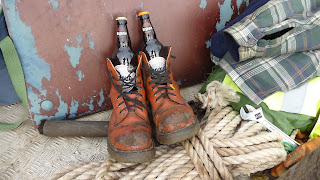