We were at the Bowbridge ramp again and, as usual, the day started with a briefing. 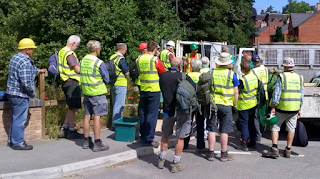 The main task was to install the concrete edging at the lower end of the ramp and set some fence posts along that section. On top of that a small team headed up to Griffin Mill lock to remove the stop planks and tidy up the vegetation. 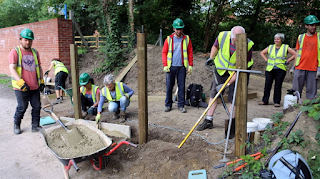 The tipper team had a number of jobs to do but the main task was to remove the Heras fencing from the Brewery Wall and erect it at Brimscombe Port in readiness for the forthcoming WRG training weekend. 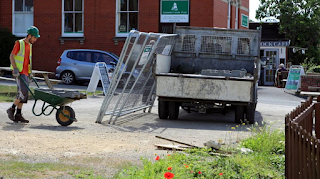 The poppies are looking stunning and it’s not often that we get to frolic with fencing through wildflower meadows. 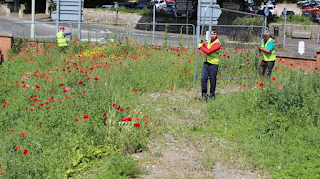