The day started, as all good days should, with a toilet. The chap inside it made a bit of a fuss at first but soon settled down once we were on the move. 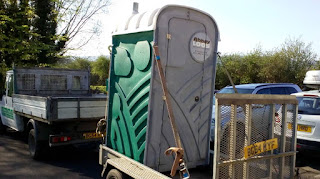 We then moved onto loading up the wheelbarrows for wheelbarrowfest at Gough’s Orchard lock. Most of the team went up there to continue the towpath construction. 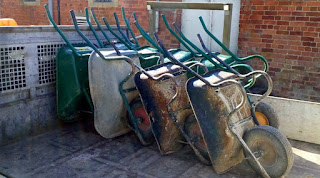 At Wallbridge Lower lock we replaced a drain, seeded the lockside and continued the slow withdrawal from our “garage”. The final, rather mundane, picture shows the racking in its new home.  What the picture does not show is the scene of utter chaos that the racking left behind.  So the next task is to sort out a mountain of random stuff and a lesson for the future is to be much more selective about keeping broken and/or useless things. 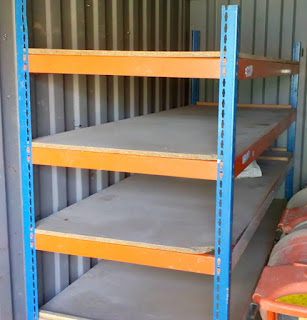