There are a couple of things that happened last week that are really worth a mention.

The first was the Nicer on the Water event at Ryeford on June 1st. The workboat Team had a presence of 4 people there. Tony J, Nick C, Brian B and myself. We were amazed at the riot of people, colours and music. 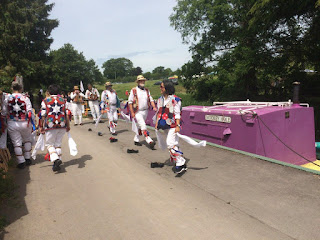 The canal had innumerable small craft on it. It was wonderful. The weather was also fantastic. 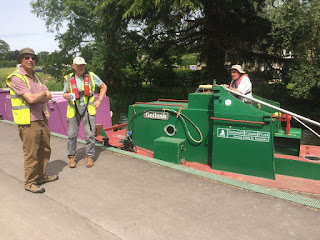 Brian soon settled into Aquila with his Ukulele, and then spent his time serenading passers by with some very pleasant music. 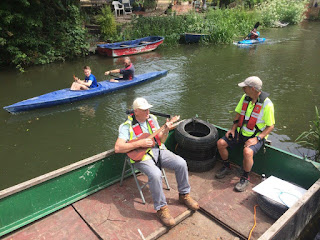 Brian was then joined by his wife and after a while the rest of us decided we had better leave them to it and take Goliath for a little voyage. It was great fun slowly motoring up the cut with all the small craft milling about. 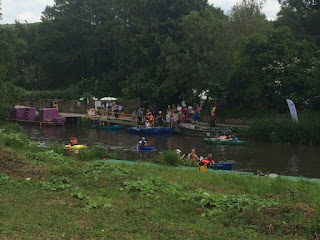 The next thing to mention was the second Workboat Team forum on Wednesday, June 5th. I think the people that attended thought this went down well. Between the two events we had 26 or so people attend, so I hope we managed to get our message across to the team and vice versa. Of course by the time we got to the second forum the whole situation had changed in that we are now a much bigger team. From the beginning of the month we have welcomed the Wet Dredging Team into the Workboat Team. This was so new and such a big subject that we decided to stay with the original format for consistency. Some may be aware that John Sirett has become Deputy Dredging Manager, and we were very happy to have him at the forum, not just as a stalwart member of the old Boat Team, but also in the capacity of his new role. As we speak the new Workboat Team is evolving.