As expected in the Boat Team’s previous blog, we have now re-visited the pipe leakage above Ryeford.

Checking the surface of the canal, there was no sign of a torrent leaking away, no sign of a whirlpool – great! But checking the other end of the pipe, where it empties into the river, it showed the leak continued, and was taking water from the canal – which probably contributed to the pound being  6 inches or so down. We needed to do something. So the team gathered, covering the leak area with a tarpaulin, in preparation for adding more silt & clay to stem the flow further. 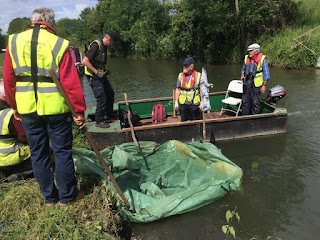 Patricia swung into action, with Weft in close support, propelled by Margaret. 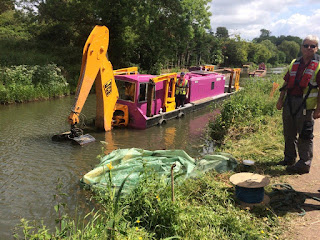 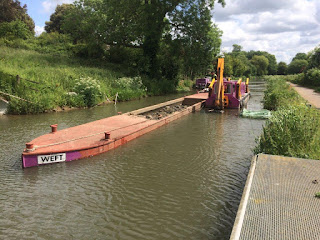 … to ‘un-dredge’ spoil from Weft onto the top of the tarpauline. There’s some pretty sticky stuff in there – just what we want! 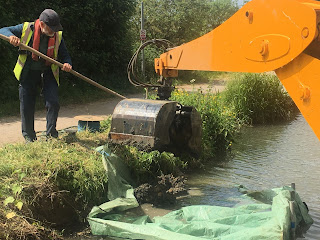 Eventually the pipe was well covered 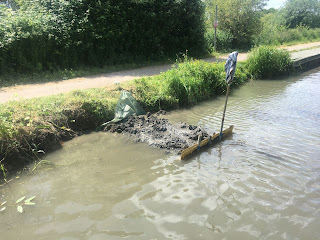 But while the flow is definitely reduced, it’s not yet been stopped completely. 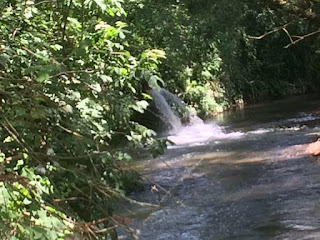 The owners have now been contacted, and we’ll be waiting for their input before we do any more.