Bob and his team left Western Depot this morning with a trailer loaded with the first 30 sponsored bricks and all the weapons and materials to set them in the ground.

During the morning, they were set in concrete along the towpath at Capel's Mill, during which, a number of passers by showed much interest in what we were doing. 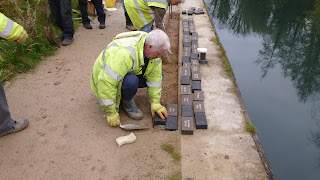 The first named brick in place

It won't be too long before we are back there, given the steady trickle of new orders arriving in the in-tray at Bell House. 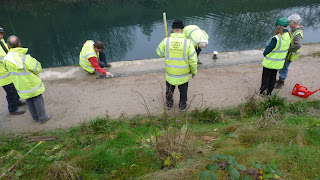 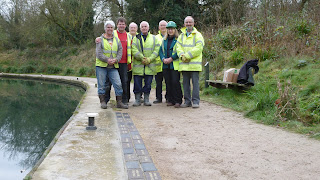 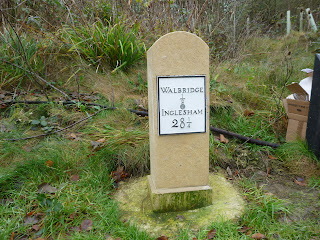 Sitting alongside the bench was a fine piece of Cotswold Stone with one of the new replica T&S cast mile plates attached to it.
Posted by Peter Asquith at 17:19