Firstly, BAT or Boat Acquisition Team, was spontaneously formed as a consequence of visiting the Wey & Arun Junction Canal  on Saturday where a dredger, named 'Penelope', was up for sale. 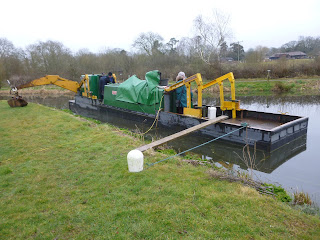 Inspection of this vessel was of particular interest since it had the adjacent commission number (80380) to our own Patricia.  The visual similarities are very evident, but there are many detail differences between the two craft.

Our Patricia had undergone a major refit in 1999, so Penelope represented more of the original form as built.  The major differences were the cabins were of fibreglass construction.  All the hydraulic controls were mounted at the front, not on a JCB seat and a rather lovely Lister engine powered the craft.  Everything worked apart from the hydraulic motor that powered the prop'.
A grab bucket was fitted to the jib, but had no rotational control. 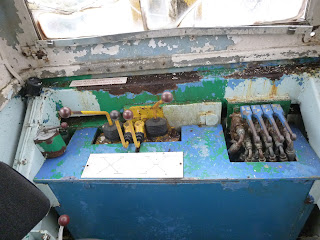 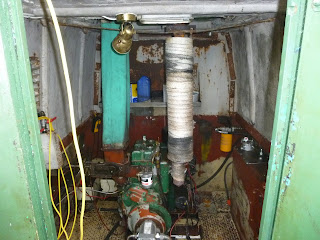 Many factors were considered concerning the resources needed to bring the craft up to spec' and the costs involved in moving it to our canal.  In all, the decision was to pass on it this time.

An interesting, educational and enjoyable day, irrespective of the outcome.