The 'Carnival' arrives at Western Depot

Last Wednesday, a team spent a fair part of the day clearing an area along side the large container in preparation for the arrival of our new accommodation static caravan which had been purchased from a site in Stourport.

The expected arrival time was 12:00, but the lorry was waiting and ready outside the gates at 11:00.  Manoeuvers were tricky, with very tight clearances between the gate posts.  The driver really knew how to use his mirrors! 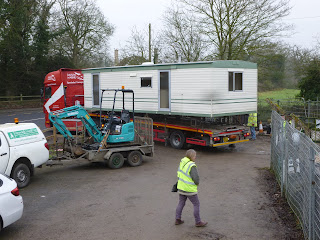 Once poking into the yard, the caravan was winched down the ramps and then it was a case of shunting it round into position using man power or the mini digger when additional tractive effort was required.  Puffing some more air in the tyres assisted this process. 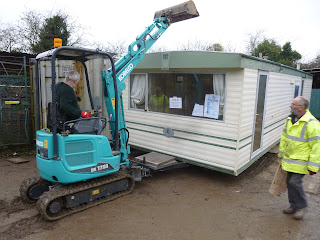 As previously mentioned, much rearrangement of the interior will take place.
The bedroom, sadly, will have to go!  Why?

It took over 2 hours to complete the job, terminating in a well earned cup of tea (coffee) in the mess room. 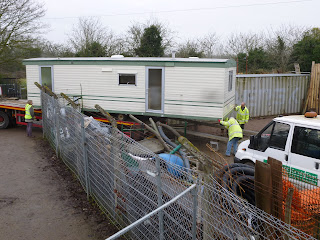 It should be noted that we had the unit paid for and delivered for £1000, not the advertised price. 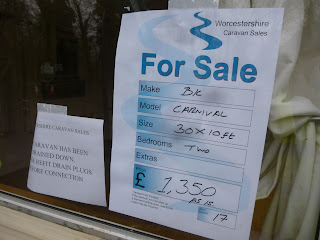 Noted on the side of the Tug unit 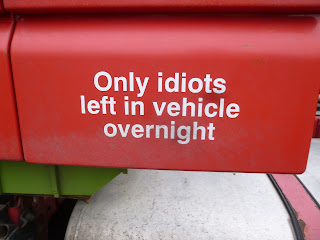