We had to clear 4 x 90 foot felled leylandii branches in order to get the vehicles in. 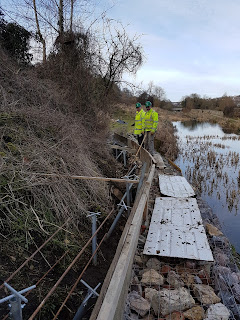 Then a site clearup initially in glorious sunshine but soon followed by biting winds, as the final pieces of shuttering were cut and assembled in a beautiful curve. 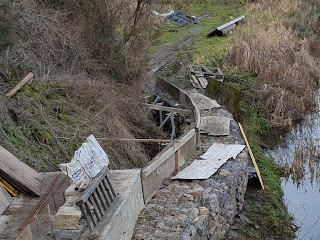 Bob went drilling under the bridge to find out how thick the newish concrete was we have to dig up, in order to fit the re routed spill weir pipe 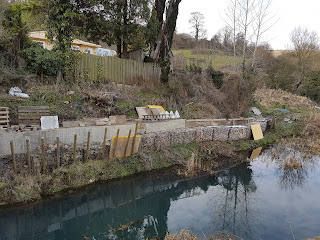 Hope to finish emptying the bottom gabions next week

Andy
Posted by Peter Asquith at 17:51