Wednesday saw two boats out, both pushing new boundaries to some degree.  The weather was glorious and very conducive to boating.

Weedie was carefully taken through Dudbridge Lower under the careful of of Ian Moody, to then be taken on quite a long voyage to Stanton’s Bridge pound to continue the deweeding in that stretch which was curtailed when the old mesh broke up.  I was at a bank side meeting at Marling Field, which was to try and sort out the various thorny issues surrounding the use of this fields for dredging this summer.  It was gratifying to see Weedie come passed, resplendent with her new mesh. 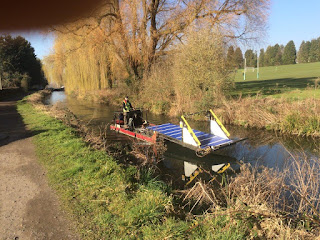 They went on to take a load out of the above mentioned stretch.  This is the first real use of the new mesh in service, and all performed as expected. 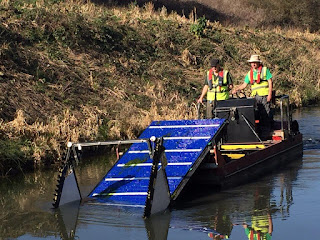 Meanwhile, after the meeting had finished, I caught up with Margaret, messing about with a hopper down Ryeford way.  We had a couple of hoppers to move for the dredgers later on, so we carried on playing with the empty hopper we had.  For a few weeks now we have been experimenting with moving the hopper with the tug breasted up rather than pushing.  This was my first opportunity to try this and after a few coupling and uncouplings, I must say it is very successful.  It gives a fast turnaround and the combination is very controllable.  You will need a good depth of water if you have a laden hopper, but as an experiment we did get all the way up to Ebley in this setup, only getting a bit stuck a couple of times. 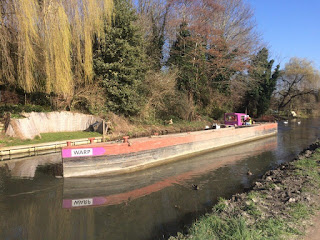 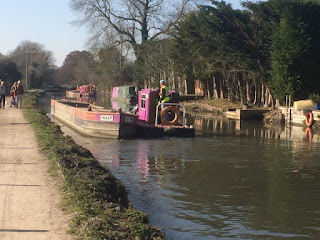 We finally delivered the empty hopper to the dredgers and took the full one away.  As a bonus Malcolm Webb was assessed for his tugging with Margaret endorsement.  That makes seven skippers now who are fully trained on both tugs for hopper and barge moving. A very useful day. 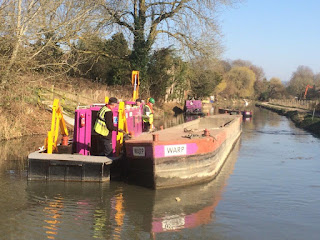 Apologies for not including much about Wookey Hole.  It has to be said that we won’t get much done with integrating them into the team until Wookey’s new outboard is in service.  I understand there are some modifications that need to be done before it can be fitted.

On Thursday, Chris Drake and myself were at Griffin Mill to do some work on Delilah.  Alas this was not to be.  After years of reliable, although noisy and smelly service, the faithful old Lister on the hydraulic power pack, absolutely refused to start.  Eventually, Alan and his gang decided to decamp to Brimscombe Port to do some work there.  We went along as we also had the alternative of preparing the new large beam for the crane on Delilah, which had just been delivered.  Here is a picture of Chris grinding out one of the slots in the beam that is necessary to the design.  So, a useful day from a bad start. 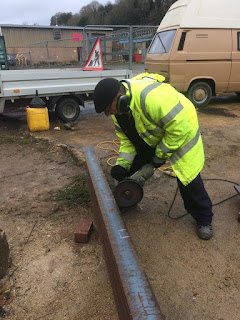