Blast from the past 6

Augustus Gloop now wears a most modern livery, when compared to times gone by.  Take a look at these: 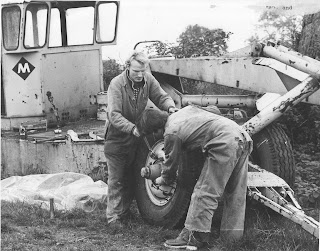 Here, Alan J. and someone (could be John Willis?) in a well worn set of overalls are affixing one of the wheels.  The dredger was capable of being towed along the road, an act that did actually happen, although,  today, most unlikely. 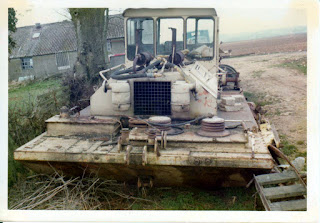 In 'as purchased' condition 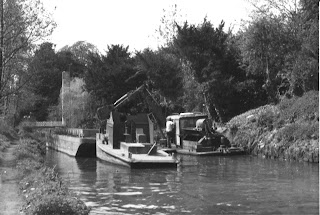 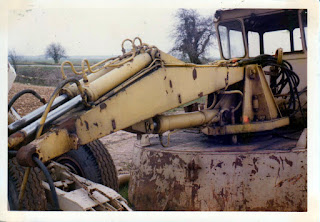 Thanks to David J. for these images.
Posted by Peter Asquith at 16:48