Today was the big day - 12m3 concrete ordered which is about 30 tonnes
An early 8am start to get ready before the concrete pump arrived and the first load. Final bits of shuttering were made and the concrete flowed nicely into the far void behind the gabions. 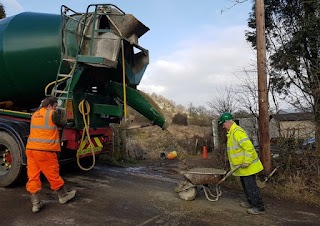 We still had to shovel to get the levels correct mind you. A second load soon arrived and this was emptied easily but with still a lot of shovelling. More concrete was needed. Another 7 tonnes quickly arranged and arrived. A much wetter mix this time as we filled up just before the shuttering gave way. Lots of knees were used and minor modifications were completed to reform the edges 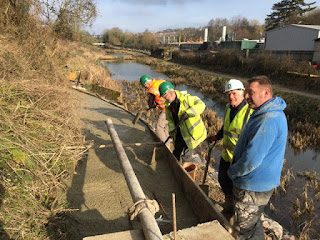 The remaining 2 tonnes of concrete was loaded and wheel barrowed away to the spill weir-thought we had got off lightly. 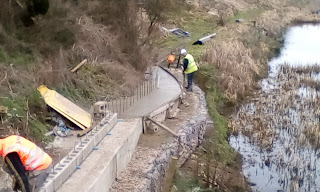 Finished the day laying concrete blocks. Only 150 more to do. 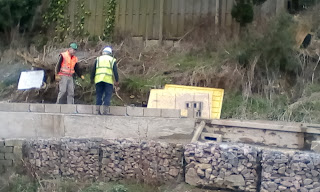