A call from the dredging team meant that we were sent on an awayday to Gough's Orchard to set off the water feed as the water in Bowbridge pound had seriously fallen after all the boat moves of last week.  It took until lunch time before we could get back to base and onto Patricia. 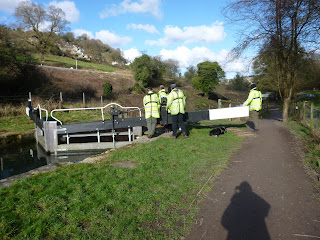 Work continued on trying to remove the final ram pin, which has still to be extracted.  However, removal of the ram's piston revealed significant damage to the internal components. 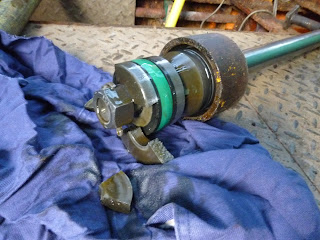 It is not known if the other rams have suffered in a similar way.  The two stern rams were disconnected and these are ready for collection tomorrow for assessment. 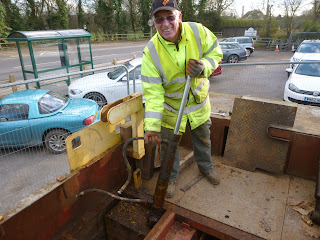 All the leg operating levers are now in the workshop in preparation for grit blasting and spraying, once the bushes are sorted out.  The new steel bar for the pins also arrived today.