Today, Andrew and the newer Dredger Team reached new levels and proved again there's many ways to move a hopper.


We’ve Bow hauled, we’ve used Annette2, we’ve even used a small boat with an outboard motor, Wookey and even recently trialled Weedie to move hoppers. Today, we loaded WEFT fuller than ever before so the top rubbing was level to the water. John S. stood up to the challenge as trainee and fully loaded the hopper, Brad also helped as dredger crew and help manoeuvre Annette2.  Next we pumped water out then had to move the hopper.  We faced the challenge face on! Nearly a full load. Brad using Annette2 in reverse towed Dredger No.5 whilst Dredger No.5 was attached to the bow of WEFT. Steady progress was made and delivered to Dry Dredging point without any problems. We are never defeated and find ways to make progress, most importantly TEAMwork. . 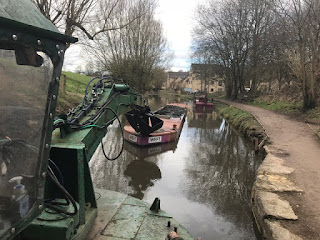 Annette2 moves steadily at half throttle, steady as she goes. 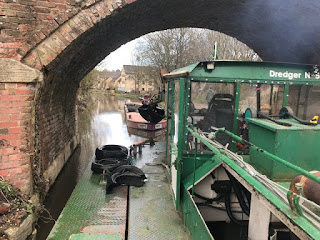 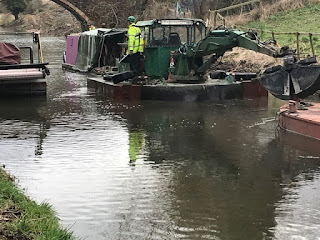 The following video shows how easy also the longest towing length so far on the canal and so safe.  Goes to prove once it's moving, it's easier to move large and heavy loads on water than it is on land.

I, Andrew, thank my two new members to the dredging team for working together safely and effectively.