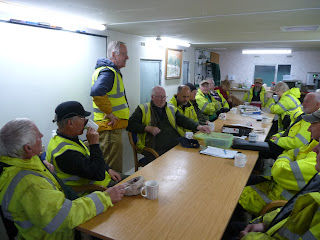 This morning, following the announcement to our volunteers, in advance of general public release, John Newton presented some of the details of the 'GO' for Phase 1B from the HLF to Western Depot.

We were given an outline of the financial and time scale aspects of this fantastic project linking our isolated section of canal to the national network and the work necessary to unlock the full £9.8m.

Shortly after, in the yard, a bottle was popped and a toast to the successful bid was given. 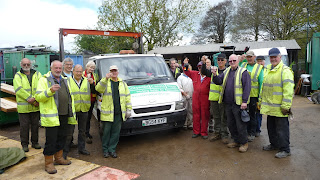 Much later on, at Trust Council Meeting at the Royal Agricultural University, the assembled CCT Trustees and David Marshall from SDC also joined in the celebration. 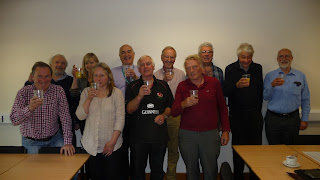