It's Otter at Wallbridge


Today my wife and I were walking to Stroud to check out any Black Friday deals when we were able to join a small group of people on the towpath at the Brewery Wall.


The reason for the group of people was to watch the antics of Lutra lutra, otherwise known as the European otter.


Mr Otter (or was it Mrs) was having a great time playing in the water.  He or she was ducking and diving in the canal, climbing on the lower gate of Wallbridge Upper Lock, and inspecting the floating litter thrown in by passing litter bugs. 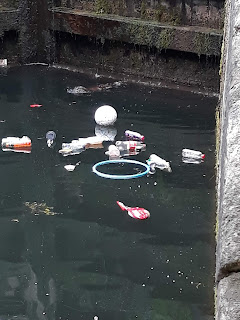 Eventually he or she headed down stream towards Wallbridge Lower Lock. Probably to inspect the plaque on the bench commemorating the visit by George III. 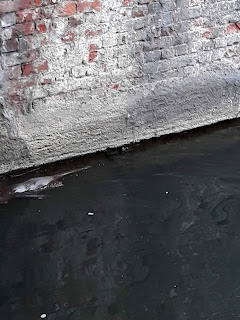