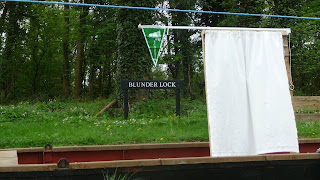 Today was the naming ceremony for the two new work punts. In honour of the
fact that Tony Jones designed them and also in recognition of his many, many years of service in the Trust, the two boats were given names in memory of two members of his family.  A good crowd of people attended, from Western Depot, the Dredging team The Tug team, Landing Stages and probably others. 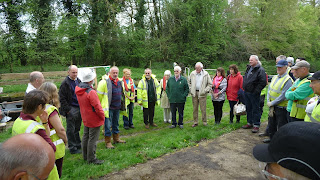 John Newton started proceedings, welcoming all and passing on to Reg Gregory, who expressed thanks to the considerable efforts of the volunteers at Western Depot in the construction of the new workboats. I then gave an introduction to Tony, after which Tony gave his thanks for the honour of naming them. 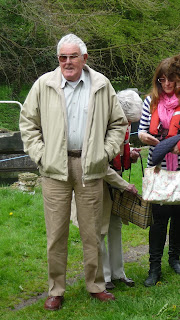 Tony's wife, Madeleine, then unveiled a plate for Jasper, quickly followed by the plate for Stuart being unveiled by Tony's daughter, Kerry. Stuart is named in memory of her husband who died of cancer some time ago. Jasper is named after one of Tony's grandchildren, who died of a degenerative disease about two years ago.  Unfortunately Jasper's mother could not attend, so Madeleine stepped in.  Stuart's son Luke also attended, along with his son Ethan, Tony's Great Grandchild. 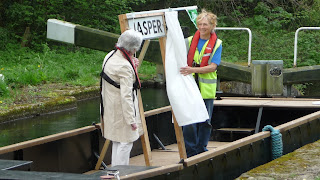 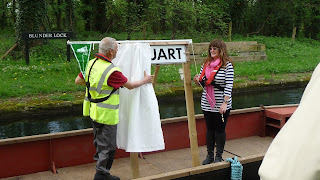 Then, it was a short walk for some to Andrew Frank's house just along the canal, where he kindly provided refreshments. 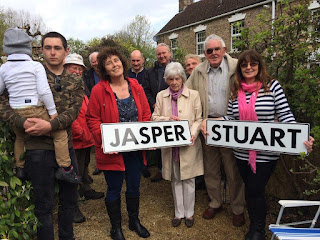 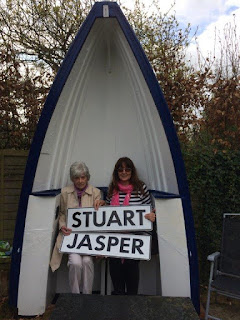