No Satellite Reception under Dudbridge Bridge

We know that when a flood event washed out the towpath and lock side a few years ago, that debris washed into the canal under and a little beyond the bridge. We really need to know how bad it is down there.  Following on from the depth survey yesterday, Mark from Land and Satellite Surveys came back early this morning to do a little “tidying up.” He had checked the data from yesterday and since it looked satisfactory, I asked if we could please have a look under Dudbridge Bridge.

However, he couldn’t use the “direct from Satellite GPS” technique we used yesterday. So how then?

No problem!
A clever set of kit consisted of a GPS receiver which also shines a laser at a target. 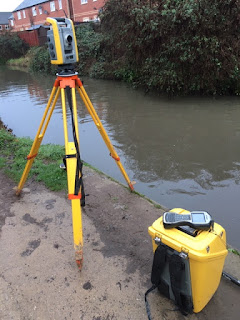 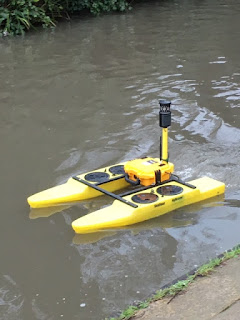 There’s the boat up by the lock gate. 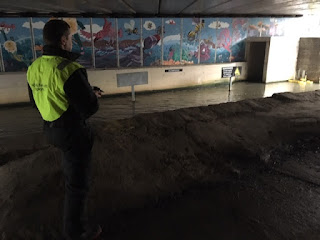 And of course, it’s always good to drive another boat, so Bob just HAD to have a go. 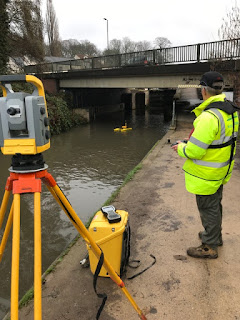