by: Andy P.
6 folks arrived (Bob, Duncan, Richard, Mathew, Vic and Andy) to find the tree stump finally lost-thanks to Alan J and very strangely, most of the water had gone from the canal.
This did allow the full size of the collapsed wall to be revealed.  Its big, very big. 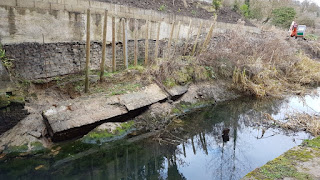 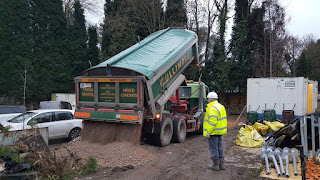 First job was to lift and then Bob cut and placed the coping stones very carefully onto the top of the bypass weir. 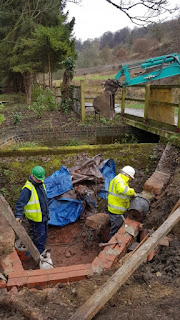 Then concrete was added to the base to get the correct drainage levels. A very time consuming and difficult job but it does look very nice. The fence was refitted and another job wiped from the to do white board. 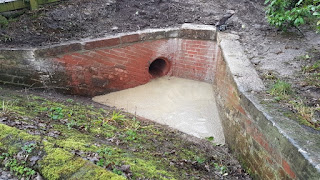 In the meantime the temporary by pass tow path was attacked with the mini digger and revealed another tree stump. Positive energy washed over us, as it was not as big as the previous one. However as it was slowly revealed, it was still a metre across with lots of side roots.  The 4 man axe team lined up taking turns. It did not get easier with practice. 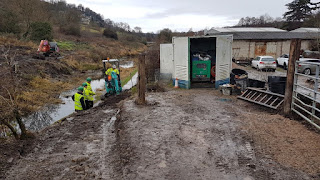 As night started to fall and the rain eased off we called it a score draw, us v the stump. But it is moving and has to come out. 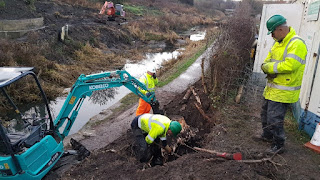