A good team gathered this morning with the first and essential ack of holding a discussion as to how and where we were going to mount the two joysticks.   Their position in front of the arm rests and then shifting them away to a location which permits the operator to easily vacate the seat.  We had the right volunteers in that many were qualified dredger operators. 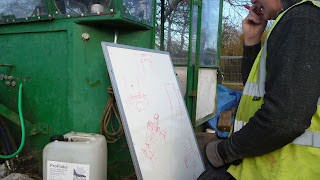 Ideas were discussed and sketched, even a hardboard mock-up produced.  Once the concept was agreed, we hunted for materials and then spent the remainder of the day manufacturing the various components which we hope to fabricate into an assembly ready to fit during Wednesday. 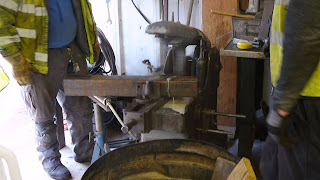 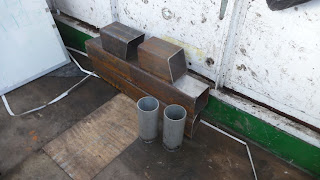 Away from the cab, the hydraulic tank received its second coat of red-oxide paint, as did the cab safety rail.
Posted by Peter Asquith at 17:01