It has to said that there is little else to strip out of No.5.  But, this morning, the three cross member supports for the old engine and the support shelf for the control block finally got the chop.

The hydraulic tank was also lifted out and once it had been moved into the engine bay for positioning trials, it headed off into the depot to have a good clean, then paint.  The second coat of white paint was applied to the fuel tanks, they are ready to be put back when the time comes. 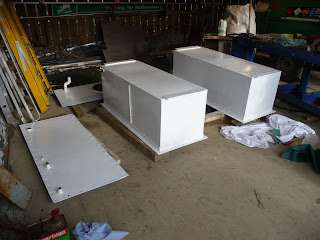 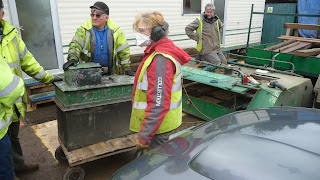 The old hydraulic tank, now a containment vessel under the new control block was lifted into the cabin and thoughts about the interconnections and mounts formulated.  The floor was also replaced so that joystick and seat positioning could be considered.  The new seat has been ordered, but the carrier has twice failed to deliver, but we do hope to have it available for Wednesday. 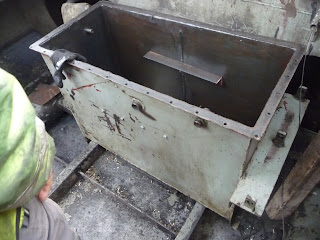 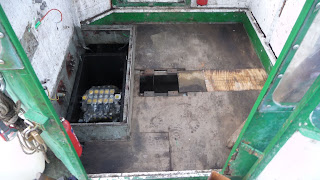 We need to repair rust damage to the cab.  To this end, after discussion, we are going to replace a number of the panels with a plastic material, which hopefully, won't rust!
Posted by Peter Asquith at 21:00