We're all getting excited as we get closer to the grit-blasting and hull blacking, which is planned for Friday. We cleared the site today, and moved the scaffold a little away from Margaret so the grit-blaster has space to do his work. That gave us some time to take the pictures I forgot last time:

Here's the cabin, with before and after photos showing her looking better than when she arrived. 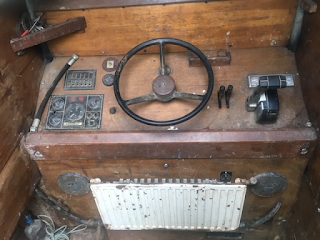 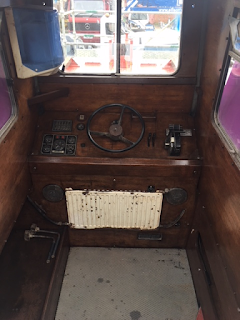 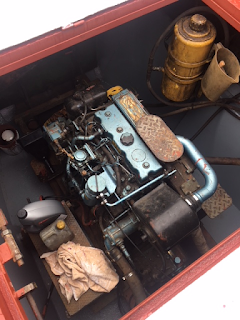 And here's the whole engine, rather than the tiny part we showed you last time.